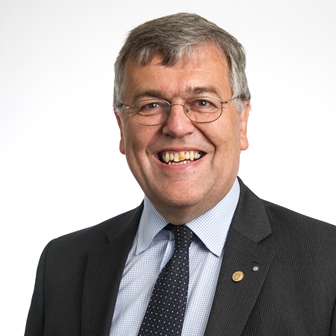 David joined the firm, which has eight offices across the region, in October 1978, having qualified as an accountant in Peterborough. He began in the company’s St Neots office as an assistant to the Partner – before being asked to head up the Oundle office in 1982.

The move was a return home, as David’s parents had farmed just outside Oundle and he had lived there since he was six. He has overseen the office’s growth from 6 members to 18 and has also been Chairman of the local branches of both the Chartered Institute of Taxation and the Institute of Chartered Accountants.

Talking about the changes over the years, David said: “When I joined Bulley Davey, we had one large computer based in Huntingdon for use by all the offices, so you can see how times have changed with computers and emails!

“The best thing about having been at Bulley Davey for these 40 years is the friendships I have formed with both staff and clients. Our office here in Oundle feels like a family – and many of my clients are very good friends.”

When asked for any advice to those coming up in accountancy, David added: “To me the key is getting to know your clients – and ensuring your clients know you and your wider team. Emails have made our jobs easier – but it’s important to maintain that personal touch wherever possible. I’m proud of the way we do that at Bulley Davey.”

Success for young accountants in exams

Having completed their latest Institute of Chartered Accountants of England and Wales (ICAEW) exams, two young accountants from Spalding and Peterborough, Rob Dalton and James Green, are celebrating.

Rob, who works at Bulley Davey’s Spalding office, has successfully passed the exams and is now ACA qualified. The qualification process typically takes three years to complete and includes 15 different modules. During this time Rob also qualified as a Chartered Tax adviser and hopes to use his knowledge to provide the best quality of service to all our clients.

James, who works at Bulley Davey’s Peterborough office, has successfully passed the exams and is now ACA qualified. The qualification process typically takes three years to complete, though it can take up to five, and in order to pass, James had to work through 15 modules.

Rob joined the firm of Chartered Certified Accountants and Chartered Tax Advisers in July 2013 as a Trainee Accountant. He will continue to work at the Spalding office specialising in Audit, Tax and technology ensuring that all our clients are prepared for the ever-changing landscape in the years to come.

James joined the firm of Chartered Certified Accountants and Chartered Tax Advisers in 2015. He will continue to work at the Peterborough office in general accounts and taxation work.

Mitchell Burden, Director at Bulley Davey’s Peterborough office, commented: “Congratulations to both Rob and James on their achievement in passing his final exams and becoming ACA qualified.

“The accreditation ensures that our accountants meet the highest standards and are able to deliver the highest quality advice and services to all of our clients. I know that both Rob and James have put in a lot of work over a number of years to get here and we’re excited to see what the future holds for them!”

Accountants and Tax Advisers, Bulley Davey, has raised £3,600 for its Charity of the Year, Macmillan Nurses, as well as a number of other charities – through quiz nights, coffee mornings and dress-down days.

The firm, which has eight offices across the region, raised £3,600 for their chosen charity of the year – Macmillan Nurses. A large proportion of the total was raised by the inaugural Bulley Davey General Knowledge Quiz – which saw staff from all the Bulley Davey offices enter teams – raising £650.

Other funds were raised through dress down days, with one Christmas jumper day raising £63 for Save the Children, and in a quirky turn one member of staff raised over £100 by selling eggs from their chickens.

In addition Bulley Davey raised an amazing £2,025 during their last Macmillan coffee morning in September – with coffee and cake being sold across their eight offices. The Wisbech office alone raised £1,415 at their coffee morning, with the Spalding office raising £300.

Individual members of staff contributed too, with John Grant from the Audit Team in Peterborough, running the Great Eastern Run and raising £950 on behalf of mental health charity Mind.

Mike Gregson, Director at Bulley Davey, spoke about the fundraising: “We’re delighted to have raised this money for what are such wonderful causes. In particular our Charity of the Year, Macmillan Cancer Support, which makes such a difference in people’s lives at so many levels. I want to say a huge thank you to our team who always go the extra mile, whether it’s baking cakes, running marathons or pulling on their cheesiest Christmas jumper. We’re excited to see what the next year of fundraising holds.”

Michelle Hutchinson, local Fundraising Manager from Macmillan Cancer Support said “We are thrilled that Bulley Davey choose to fundraise for Macmillan as their charity of the year. The money raised by Bulley Davey will enable us to support people living with cancer live life as fully as they can through the funding of a Macmillan nurse for over 128 hours.

“Macmillan nurses are vital and have a real impact on the lives of people affected by cancer. By engaging employees across Bulley Davey you have worked together to change people’s lives and taken away other worries so they can focus on their treatment. A huge thank you for all your support”

Promotion to Associate for local accountant at Bulley Davey

After over 20 years with Chartered Certified Accountants and Chartered Tax Advisers, Bulley Davey, local accountant Claire Smithee has taken another step in her career; being promoted to Associate this month. 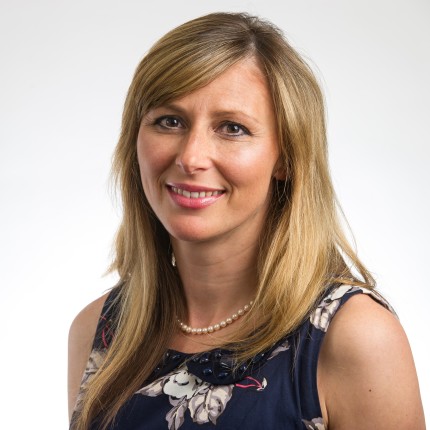 Claire joined Bulley Davey in 1996, becoming a Chartered Certified Accountant in 1999. Speaking about her new role, she said: “Clients and businesses always have individual needs no matter what their size, and I aim to offer every client a tailored service based on their particular situation and requirements and taking into account the environment they work in. I’ve enjoyed embracing the changes within the accountancy industry at Bulley Davey and I’m look forward to maintaining and developing my professional relationships with both new and existing clients in this role.”

Based most recently at the firm’s Wisbech office, Claire uses her wealth of knowledge on advising individuals, sole traders, partnerships and small to medium owner managed companies on both accounting and taxation matters.

Mitchell Burden, Director at Bulley Davey, also spoke about Claire’s promotion: “We want to say a huge congratulations to Claire on this promotion. It is thoroughly deserved – her hard work and commitment to Bulley Davey over the last 20 years has been a testament to her depth of knowledge and experience. This is an exciting step in her career and we can’t wait to see what the future holds.”

Success for trio of Bulley Davey accountants in exams!

Having completed their Chartered Tax Adviser (CTA), Association of Accounting Technicians (AAT) and Association of Chartered Certified Accountant (ACCA) exams respectively, a trio of local accountants from Spalding and Wisbech, Rob Dalton, Danielle Robinson and Alice Mitchell, are celebrating the next step in their accountancy careers.

Rob and Danielle, who work at Bulley Davey’s Spalding office, completed over 20 exams across more than three years of study and professional experience to complete their CTA and AAT professional qualifications.

Alice, who works at Bulley Davey’s Wisbech office, has successfully passed the ACCA exams and following the completion of her thirty-six month professional experience in September 2018, will become a Chartered Certified Accountant.

“These accreditations require that our accountants fulfil the more specialised standards and regulations within more tailored roles – ensuring that we at Bulley Davey can continue to deliver high quality, consistent and best practice advice, that is recognised by global professional bodies and that produces meaningful results for all of our clients. Rob and Danielle have both done exceptionally well in their respective qualifications and we are excited to see what the future holds for them.”

Mitchell Burden, Director at Bulley Davey’s Wisbech office, added on Alice’s success: “In addition to her obvious technical ability Alice fits perfectly within the Bulley Davey ethos by being friendly and approachable and is a joy to have her as part of our team. We want to say a big congratulations on her achievement.”

Rob Dalton joined the firm of Chartered Certified Accountants and Chartered Tax Advisers in 2013 as a Trainee Accountant and will now support small and medium business’ in the South Lincolnshire area on Audit, Taxation and the upcoming rollout of the governments Making Tax Digital (MTD) tax regime. Danielle Robinson joined in 2015 as a Trainee Accountant and will support small business and sole traders with bookkeeping, VAT and statutory accounts.

Alice joined Bulley Davey in September 2015 as a trainee and she will continue to work at the Wisbech office as a Qualified Accountant in general accounts and taxation work.

Bulley Davey is marking two years in Stamford with a move to a new, larger office in the listed Willoughby House in Stamford from December 1st.

The firm opened its first office in Stamford in St Mary’s Hill in April 2015. The move follows a successful year for the firm, which has eight offices across the East Anglian region; with recent additions being made to the Stamford team including Julia Peach, who was a top five bank analyst in the City of London, to Bulley Davey Wealth Management.

The move also means that the accountancy and wealth management arms of the business will be able to operate under one roof with a permanent base in Stamford.

Alongside additions to staff the company has also made promotions in recent months, with two accountants being promoted to Directors – Keir Warwick and Chris McKenna.  Keir will form part of the team at the new Stamford premises alongside the staff moving from St Mary’s Hill – Bulley Davey’s current office in Stamford which will close.

Keir Warwick, Director at Bulley Davey, spoke about the move: “We’re really excited to be moving to Willoughby House – we’ve been lucky enough to have welcomed really exciting additions to Bulley Davey in recent months, including Julia as part of the office in Stamford. This is a beautiful building and marks the continued success of the company, both within Stamford and as a whole.”

Julia Peach, Independent Financial Adviser at Bulley Davey Wealth Management, added: “I can’t wait to be under the same roof as my new colleagues. When I joined Bulley Davey recently it was because of their ambition, their dedication to their clients and their desire to deliver quality personal service. This team expansion is an indication of our desire to operate at the highest level – it’s exciting to think about what the future holds.”

Allison Davies of Bulley Davey is celebrating 25 years at the firm’s Oundle office as a number of other staff also reach milestones.

Allison first joined Bulley Davey in 1992 when she spent three weeks at the firm as part of her BTEC in Business and Finance. She later returned as a trainee accountant and has since then been both an accountant and secretary before becoming part of the personal tax team.

Allison is the fifth member of staff from the office in Oundle, one of eight Bulley Davey offices across the eastern region, to achieve the 25 years’ service award. In addition, Senior Secretary, Hannah Bartram, reached 15 years’ service in June.

David Webb, Director at the Oundle Office, spoke about Allison’s service: “We want to thank and congratulate Allison on her 25 years at Bulley Davey. She has been a consistently dedicated and supportive member of staff throughout and her experience continues to serve not only our clients but those members of staff around her.

“Seeing the other milestones being reached in the Oundle office, and across the company, I think shows the experience and expertise that Bulley Davey has on hand to serve and support our clients.”